The YOKYOI is a mystery. In spite of his rigidity and eternal immobility, life and an ancient power runs through his interior. He exists in a state of perpetual meditation. He meditates for the well-being of that which surrounds him. His power increases when he is placed facing the aurora borealis or in a group of nine, forming a circle. 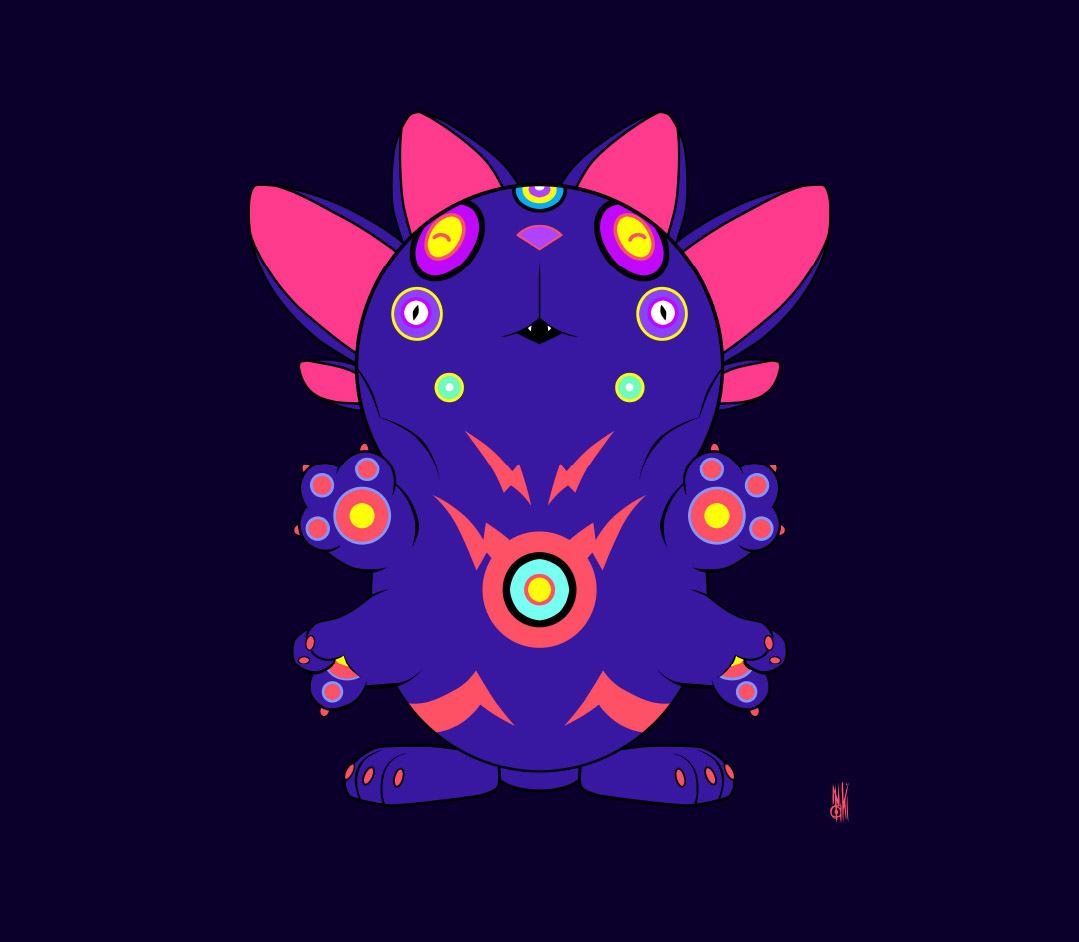 Legend has it that the YOKYOI were born from the shared dream of nine Egyptian monks who knew they were going to die . They went into the desert, walked toward curved horizons, leaving ephemeral footprints on a golden color that burned. When night came, they created new constellations, joining stars that would be impossible for the average human being to distuinguish.

They memorized them, looking for rest.

The monks finally woke up, simultaneously, lying in a circle with their gazes facing the majestic nocturnal dome, now filled with countless colors of light in movement. Where before there were constellations, there were no longer stars. The firmament, was now a suffocating infinite aurora borealis. Their faces were bathed in light, the sands shone like treasure. They knew what to do because they had dreamed it. They closed their eyes and from the colors of the firmament they gave form to the YOKYOI, in a future that they had also dreamed. With their eyes closed  they let out a complete breath and died fulfilling their mission.